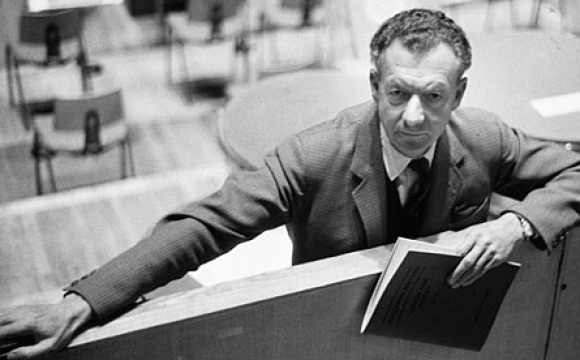 "...he was not overly histrionic. His rehearsals were totally concerned with phrasing and balance. He would ask for a particular tone colour – something quite rare for a conductor. We all recognised him as an important musician. Somehow, every performance was an event – none was routine." Emanuel Hurwitz 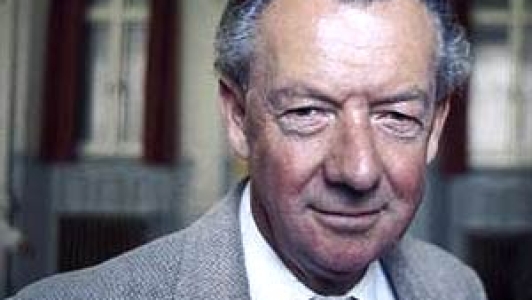 "Of all that has been said about Britten’s piano playing, nothing is more appropriate than the remark made by the great cellist, conductor, and pianist Rostropovich when he said ‘Britten-the-pianist closely resembles Britten-the-composer’. He used to accompany songs by Schubert with such intimate concern that the music sounded as if it were his own." Imogen Holst

"In performance the analysis should be forgotten and the pieces played as if they were at that moment being composed." Benjamin Britten

Since his death, Benjamin Britten’s scores and papers have been preserved at the Britten-Pears Library at Aldeburgh in Suffolk. The task of cataloguing this huge archive is still ongoing, and whilst many of his letters are now published and his compositions and sketches have been collated and research on them is continuing, Britten’s performance material has only recently been catalogued. This AHRC-funded collaborative project between the Britten-Pears Foundation and Birmingham Conservatoire is the first research project to be focused exclusively on this material.

Recent discoveries of the Mozart scores in the Britten-Pears library have revealed the detailed and often revelatory annotations that Britten prepared as both a performer and conductor. In particular, his annotations in certain works of Mozart portray a profound insight into questions of interpretation. This material thus opens a window onto the processes of preparing an interpretation (instructive to performers, conductors and composers), and allows comparative study of the relationship between the conductor’s intentions as evidenced by the scores, and the actual performances as evidenced by extant recordings.

Beginning in October 2009, the first phase of the project has included a comprehensive survey of the available material. Where it is possible to correlate scores with specific recordings, a detailed picture of the relationship between the conductor’s intentions and the eventual realisation can also be discovered. Critical reception of recordings and live performances will provide a measure of the cultural significance and reception of Britten’s interpretations, whilst recollections of musicians who performed at such events may cast further light on the extent, for instance, that Britten insisted on the execution of his own annotations. Since Britten was known to compose with specific performers in mind, it is also possible that his annotations of other composers’ scores are similarly designed for specific performers with identifiable performance styles.

It is hoped that this research will help to situate Britten’s work as a conductor in the wider context of his time and cultural milieu and thereby contribute to an evaluation of his contribution in this field. It will also hopefully develop innovative methodological tools suitable for further analysis of performance annotations, in Britten’s own compositions and in the scores of other conductors.